Hans Ulrich Ammann is one of the founders of SPL, the initiator and our driving force. He holds a Master of Science in Mechanical Engineering at the Swiss Federal Institute of Technology ETH, director of ARO TECHNOLOGIES, one of our most important sponsors. 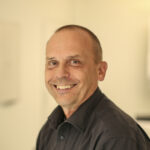 Bruno Berger was also one of the founders of SPL. He holds a Master of Applied Science in Mechanical Engineering at the FHBB in Basle (Now FHNW) and an additional Degree in Software engineering at the SWS in Bern.

Peter Frei is one of the founders of SPL. He holds a Master of Applied Science in Electrical Engineering and Medical Devices. He studied at the Engineering School Bern and the Neutechnikum Buchs 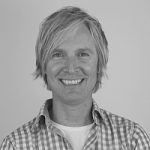 Adrian Mettauer joined SPL in 2006. He is public relations specialist. Today, he is communication chief for the New Public Management program which was developed and implemented for performance-oriented management and control of administrative units of the Swiss confederation.

Christoph Räss joined SPL in 2019. He finished the grammar school in June 2016 with the core subject’s physics and mathematics. In July 2016 he started his military service in the Armed Forces Command Support Organization. In summer 2017 he was graduated to the grade of Lieutenant. After his military service he started an apprenticeship as a design Engineer at one of Switzerland’s major aerospace companies.
Since childhood he liked the aviation and started to fly RC models. For his final exam during grammar school he developed a mechanical emergency system for model aircraft’s which he presented at “Swiss Youth in Science”, a national Swiss competition regarding natural science and technologies. In his spare time, he spends time flying (Also real planes) or doing sports. 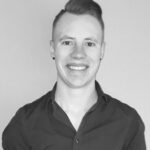 Lukas Schwarz joined SPL in 2018. He finished his apprenticeship in 2015 with focus on CAD/CAM programming and CNC-milling. He is enthusiastic in all aspects of aerospace, specially rocket propulsion. He completed his military service in 2017 where he served as a helicopter technician. During his childhood, he spent a lot of time in the workshop of his father, so it was clear from the beginning that he will somehow end up in mechanical engineering. In his spare time, he likes to read technology and Silicon Valley related books and articles.