SPL got a 50 k€ grant for a feasibility study for a green propellant engine (RCS and upper stage), called ECO-Thrust, from the European Commission EC (H2020 SME instrument phase 1). If done right, we could make it into phase 2 where things really begin to rock, but that’s whish-full thinking at the moment. Thanks to all people involved to made this happen! Special thanks to Evolution Europe in Spain who wrote most of the proposal. We archived 14.4 points out of 15 during the evaluation by the EC.

We are also mentioned on startupticker.ch

This project has received funding from the European Union’s Horizon 2020 research and innovation program under grant agreement No. 790305 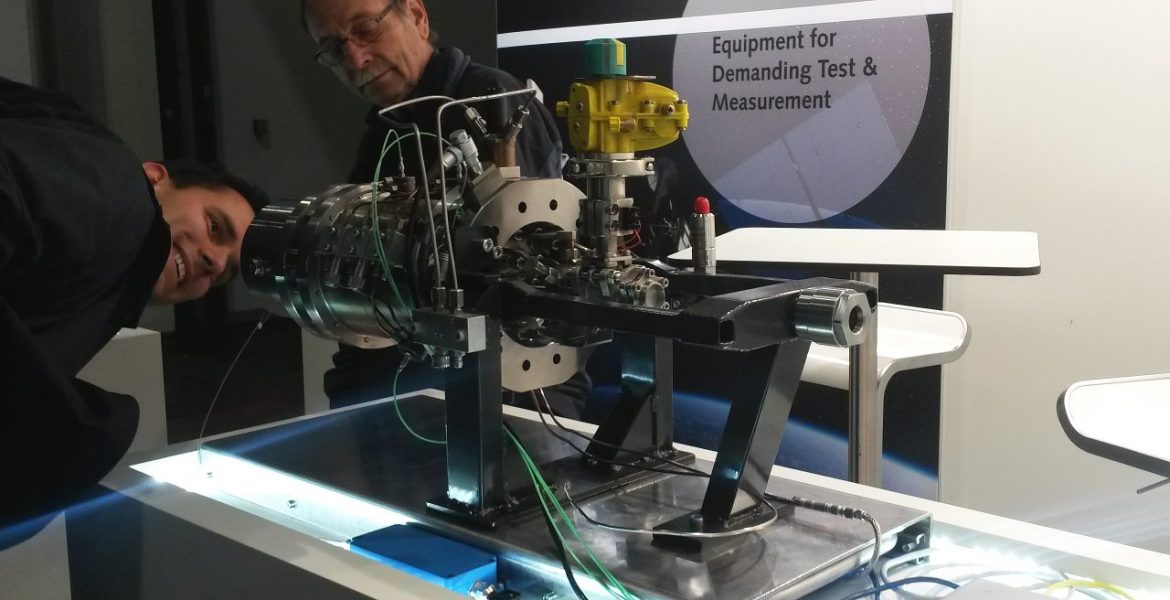 In the frame of the Spacetech Expo Bremen SPL had the opportunity to show it’s 10kN engine at the booth of KISTLER ® Sensors.

The engine is equipped with various ultra-fast piezoelectric quartz sensors (to sense normal pressure and combustion instabilities), a high temperature pressure sensor (which can withstand a temperature of over 800 °C!) and a 6 DOF dynamometer (Force in xyz and torque in xyz), all made by KISTLER ®. 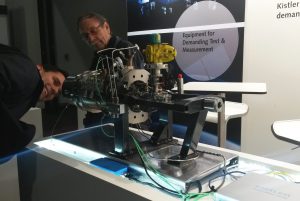 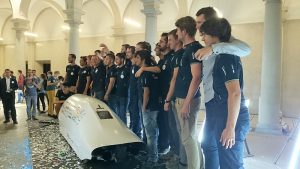 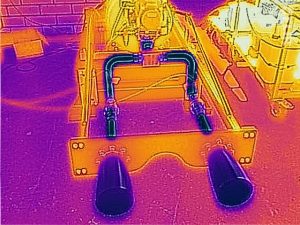 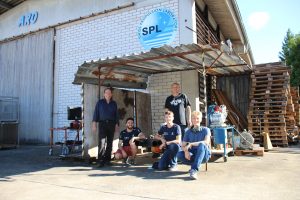 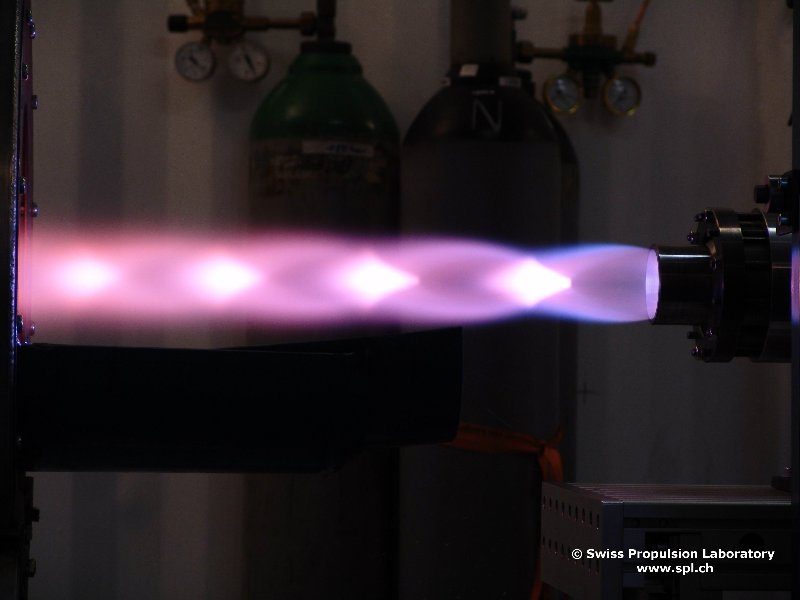 A picture from an older test with the 2.5 kN engine. If you google for shock diamonds  you will spot our picture on the top of the results

In August 2015 we launched a high altitude (aka stratosphere) balloon. It was not really rocket related but definitively space related. We got some fantastic footage. The probe attached to the balloon was equipped with (inside a Styrofoam box): 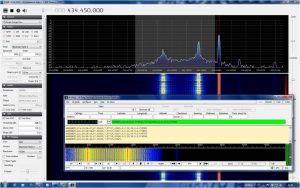 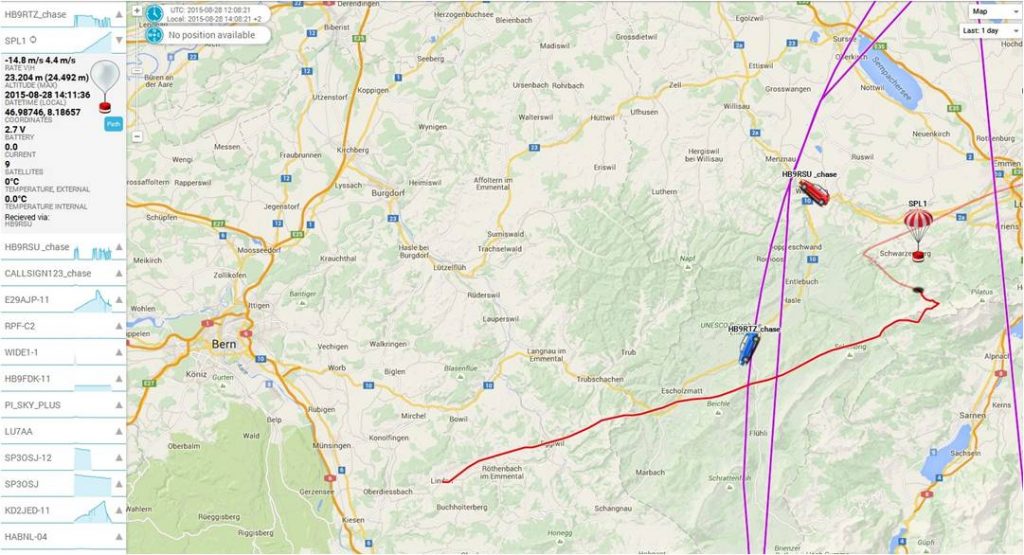 The flight path over Switzerland

Which mountains do you see on the video? Here a panorama view with explanations.

Take a seat and enjoy a ride over Switzerland in 25 km altitude! Local Video in HD (no audio for no apparent reason 🙁 ):

Heidi and Peter recorded a range of view of 392 km: 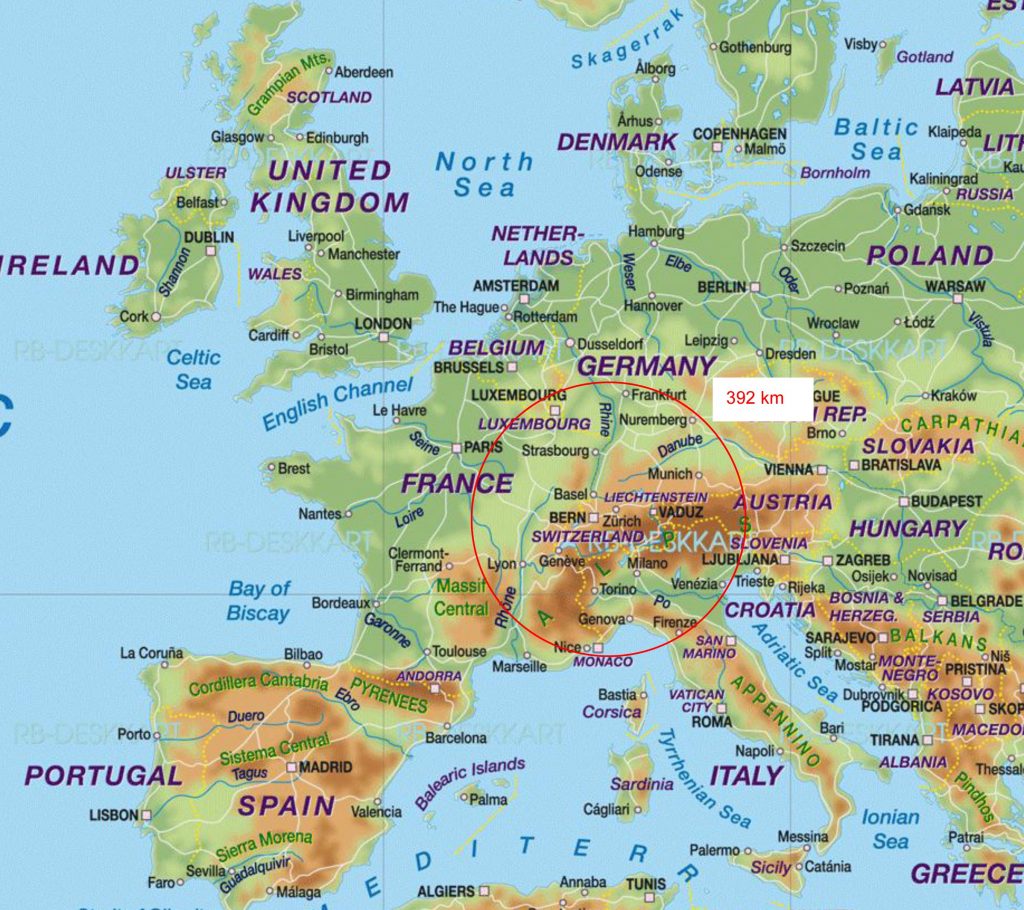